Jae had noticed one thing in life. He had terrible luck.

Often times he had assumed if he were stuck in an apocalyptic scenario he would not be able to survive. Thusly his best friend, Rose had often been the one he would rely on. 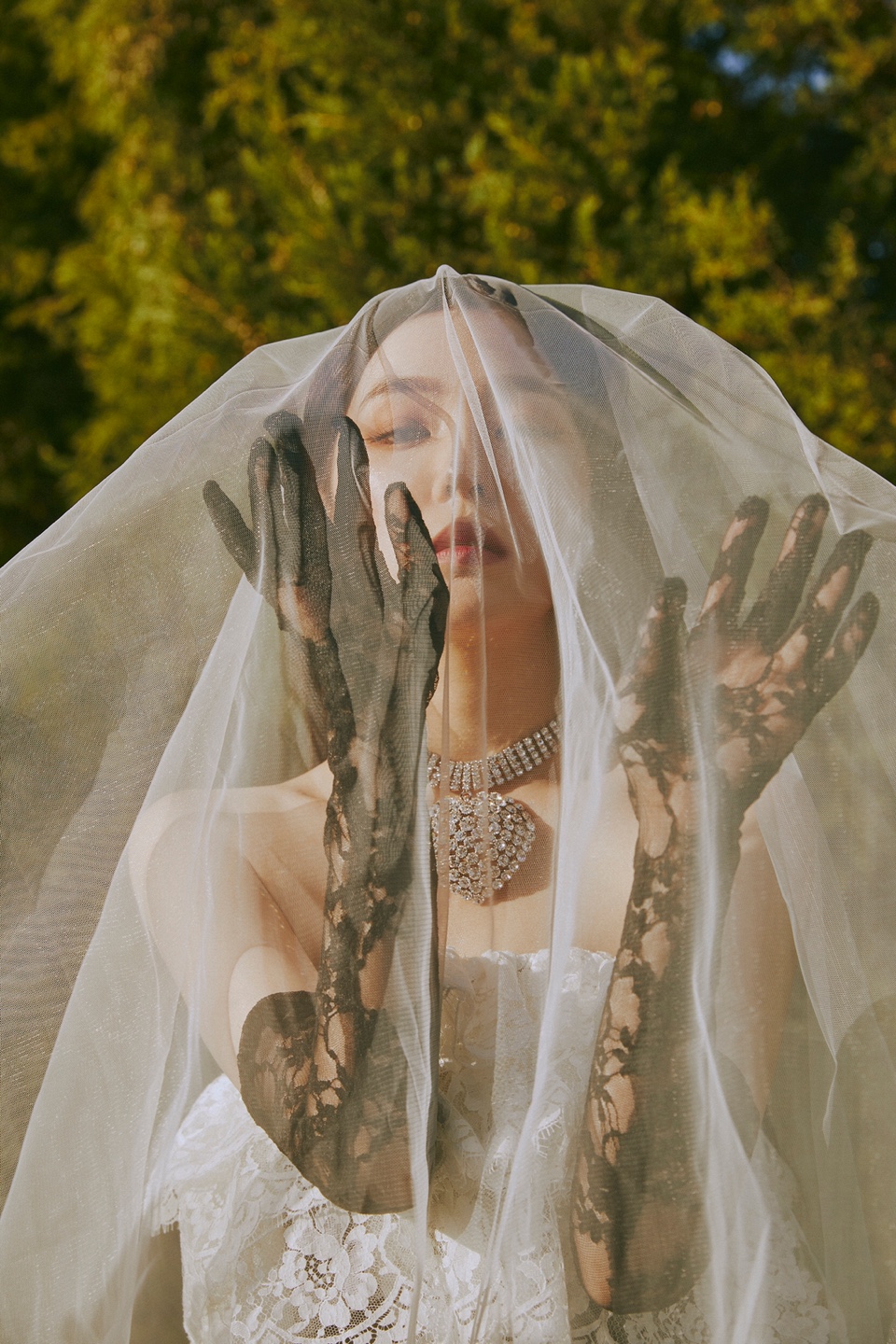 His only issue was he was also a recluse. Barely had any strength and rarely ever reached out to people on his own. It had been months since he had last even talked to his best friend. She had called and taken him out to eat. Given him some home cooked meals and told him to invite her over to his place. He had never let anyone come over to his apartment but he had told her the address and how to reach it. She was his emergency contact even though, she didn't know this. She was a bit bossy but she was the only person who ever talked to him throughout high school. Sometimes he thought she might have had a crush on him, but he could always tell from her eyes she didn't. Her words and actions were always kind, but her eyes glanced over him with a certain hollow quality to them.

This was why it was shocking when crisis struck and people had suddenly started turning into monsters he was so confused when she had shown up at his apartment. She hadn't come alone though. There were these people she had brought along with her. All of them looked strange in both the way they had looked but also with the aura that surrounded them. But help was help and the time Rose had shown up he was almost dead from starvation. He had stayed indoors and was too scared of the noises outside his door to even try to peek through to the other side of his apartment door.

Then one day out of nowhere someone had smashed through his door and rather than a monstrous creature it was his friend Rose, looking as put together as always, coming in for the rescue 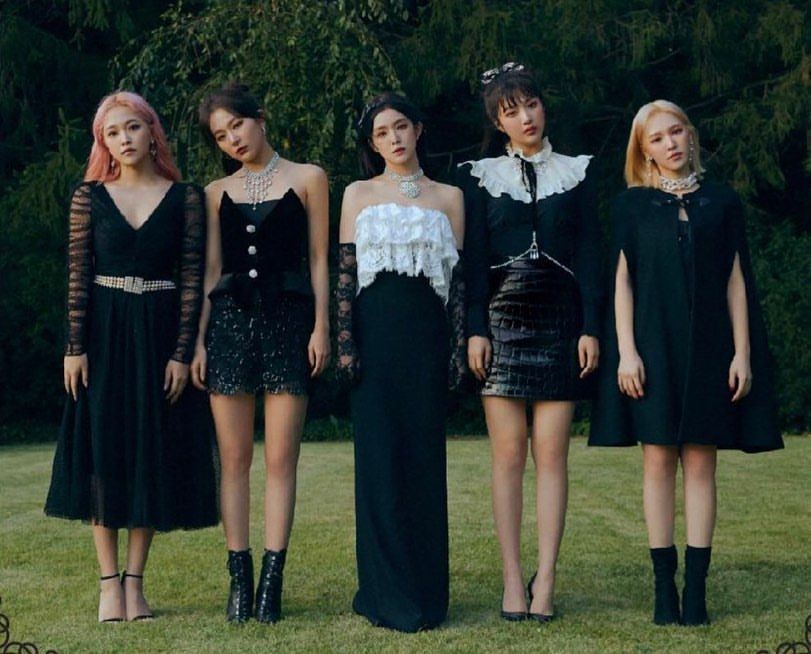 The only thing was Rose behaved a bit unusual. They hadn't met in months, but she had always had a habit of biting her skin when nervous or scared. She didn't even flinch at all at the most dreadful noises that came from outside the apartment. And to add, she was also a bit too nice about the creatures outside and always seemed a bit upset whenever the topic of them all being evil came about.

Jae was worried for his friend but atleast they were both alive. It was just that he couldn't shake off the feeling that something was wrong.

Jae had quickly eventually learned that something truly was wrong with his new friends. But Jae believed that if Rose was there, he would be okay. Plus, they had offered to go take him with them to see if they could find any other human survivors.

Rose was no longer fully human. She was more human than the others though. More than the sword weilding friends or the ones that often bit into her flesh. She said it was the only way for them to keep their sanity because the problem of the monster turning was created from her. She was one of the humans that were experimented on to develop an antidote for aging. She had accidentally been unkind to the wrong person and rather than just hating her from afar like a normal person, she had been pushed into being a lab rat. 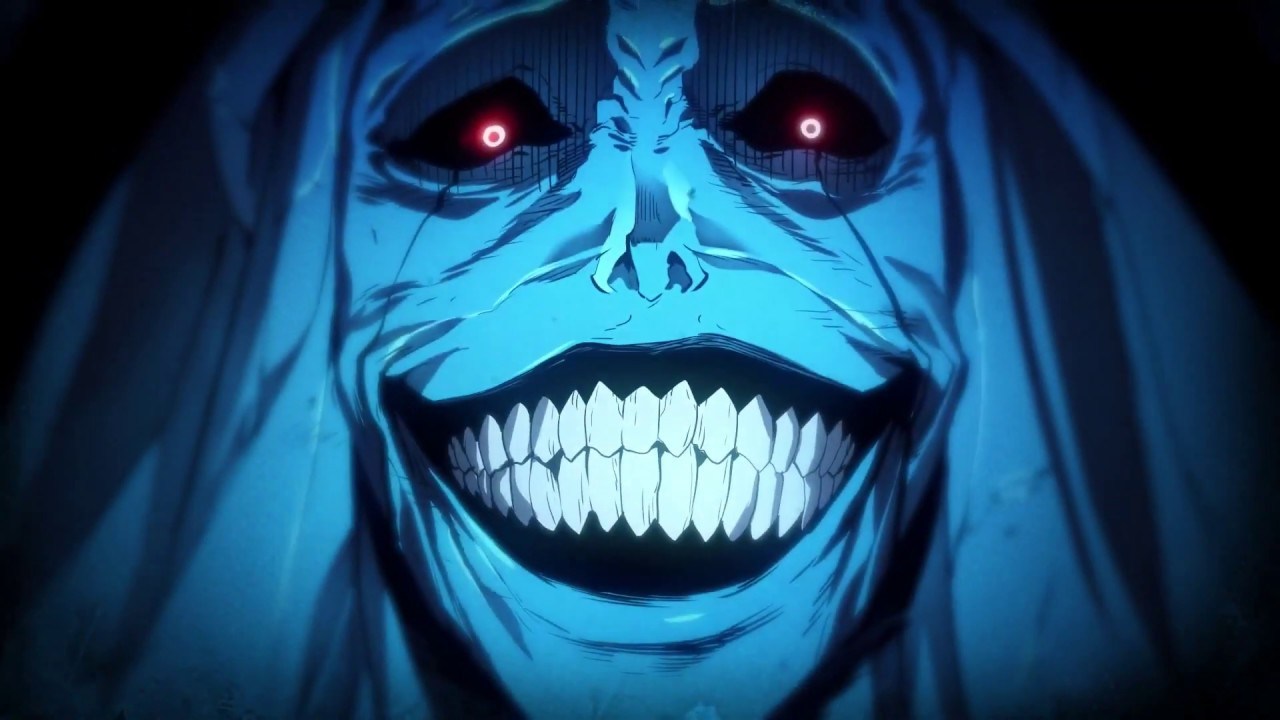 She said she was the only human survivor.

She looked so worried whenever she talked about the time, or about her escape or the spread of it all, but she was helping them. Jae was just glad she was okay. He just wished he wouldn't hear the screams when the others munched on the one person that was helping keep him sane.

It didn't help either that she always noticed when he felt a bit more frazzeled than usual. Asking him if he was okay or if he needed rest.

For the first time it felt like the two friends both were on the same page. Scared and hoping the best for each other.

She told him about her time within the experiments. She was the only human that survived it all. She had been barely alive, and barely conscious, when the man that she had crossed came to see her again. In that moment everything went dark.

Rose was looking for something to keep herself sane. A single human being who hadn't been turned yet. She had gone to the homes of dozens of people she had known just to look for one survivor. She kept going down the list of her acquantinces until she finally found salvation when she found Jae.

He hadn't really been on the top of her list when she went searching but she was so happy to see him. Her human friend who survived!

The only problem was he was very intuitive. He asked a lot of questions about things when she was cheerful, and when her mood went sour, he would sit next to her quietly. Rose couldn't put it into words how much it all meant to her. 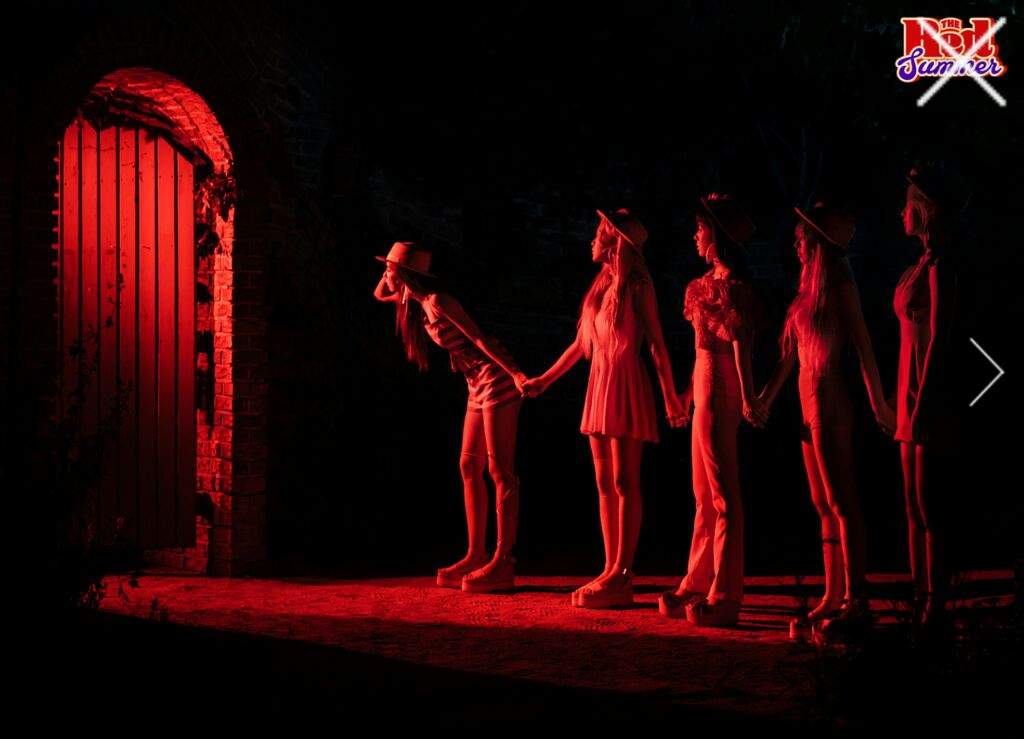 The girls looking for humans

She had her helpers look for his parents and try to look for more survivors. He was always scared whenever they had to move from one spot to the next, but she couldn't help but find that bit of him very endearing.

Rose wanted to do what was all in her power to keep her friend safe and human. He at this point was the only thing keeping her sane.

The truth was Rose was unfaithful to her last lover. She had always changed her style and appearence and the way she talked, just to get people to notice her. She didn't have much of a family, nor did she have money as a child, but she was pretty. Her name Rose was of a beautiful flower with thorns, but in her eyes she could only and only see the benefits of a pretty rose. Even when used in tea, it's a mood booster. How could Rose ever be in the wrong? 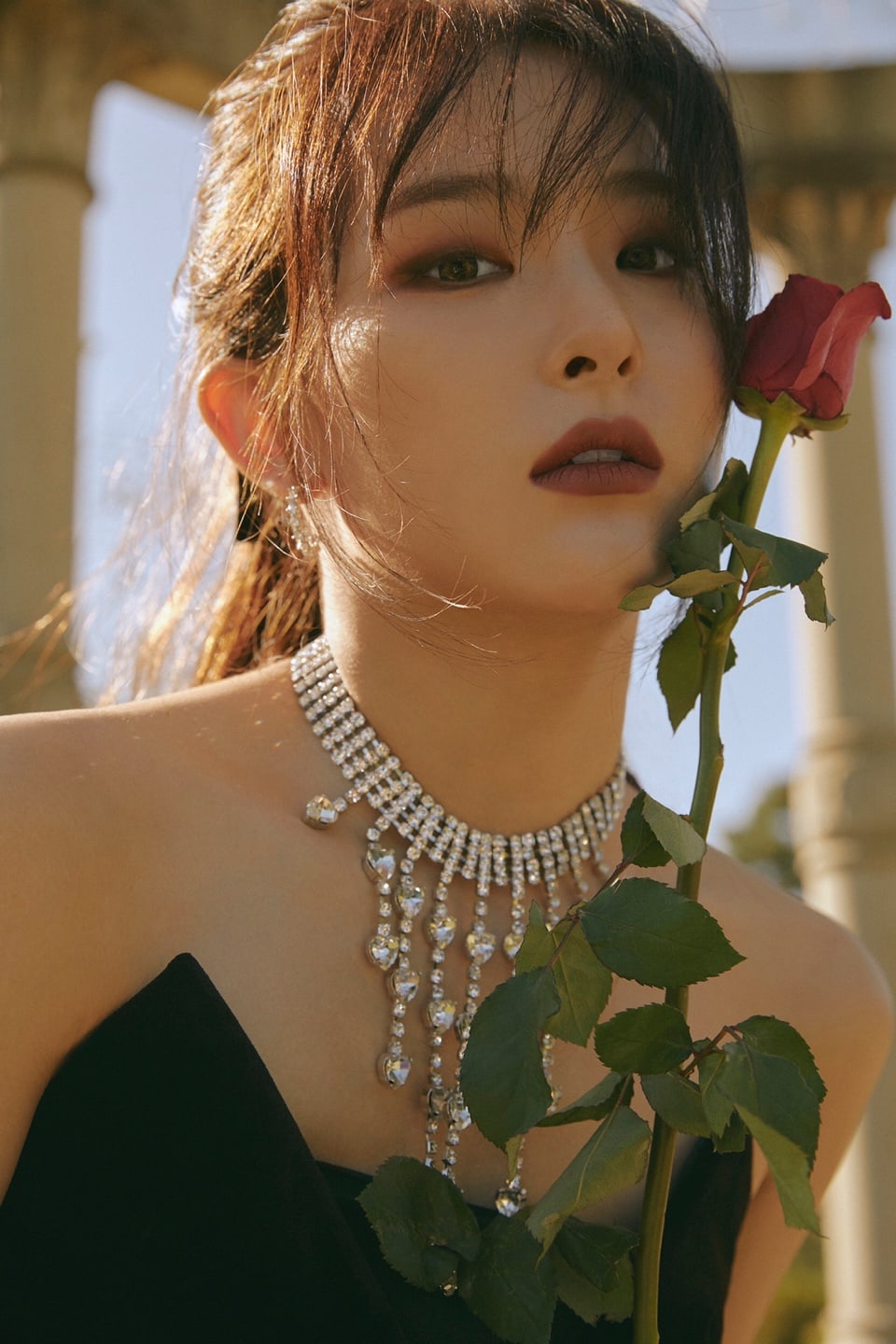 She never felt any guilt. And perhaps that was what ticked off the man to put her through those 'hellish' experiments. No one would have even noticed she was gone. Rose knew her existence in most peoples lives was a temporary bliss. But the little bit of admiration she had recieved was good enough. She wanted power and riches to fill that empty hole inside her heart. She just wanted someone to notice her, and her flaws.

Then she met the creature. It wasn't human but it was kind. It was also in just as much pain as she was in, and they connected... They mentally connected. She was the only human able to truly be able to merge with that creature. They shared stories about their lives quietly in the middle of the torture they were going through. And then eventually the monsters hurting Rose and the creature had finally gotten what they wanted.

It was like a mist but it was alive. It was also more the creature than Rose, but it was made. Something that would soon wreck havoc upon society.

Then that man came back. He was elated to find out his 'contribution' helped the others so much. In all honesty the anger Rose felt towards that man multiplied within the creature she was linked to. 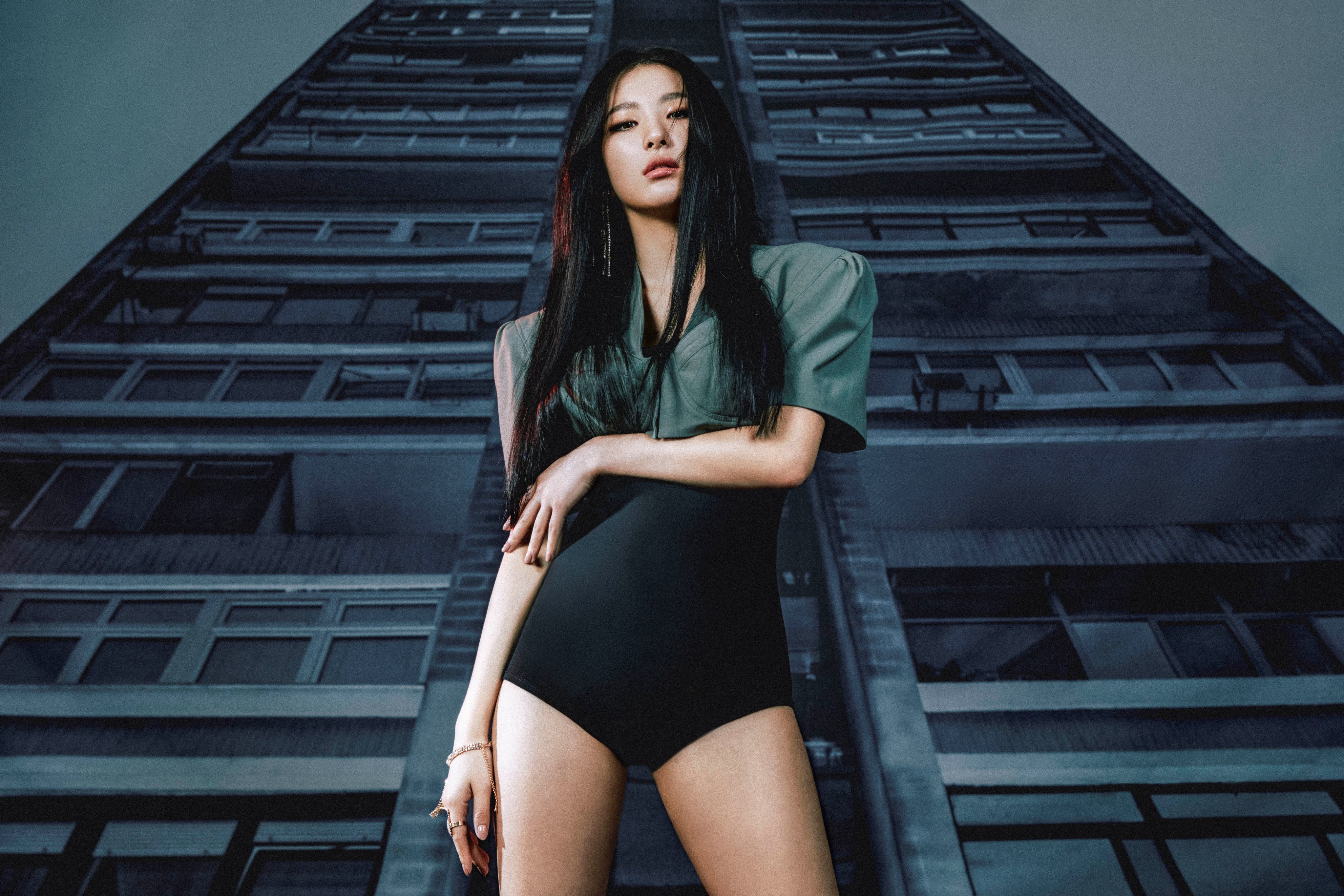 Rose resented the world and its human inhabitants. The anger she felt burst through the creature and the next time she woke up they were sitting on a bench. It was outside her first home. The world seemed different but as she lay there next to the creature staring at her, she felt content for that moment.

She was finally ready to face reality. The only problem was, reality was far more different than what she had remembered it to be.